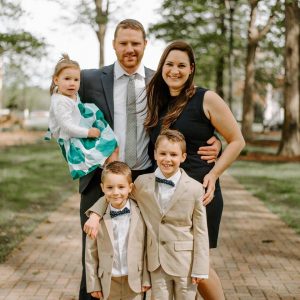 We welcome Joshua Padgett to the HRCSD family as a Head Coach for our Wy’east Middle School Football team.  For the past three seasons Coach Padgett has been the head men’s basketball coach for Lyle High School in Washington and was the Athletic Director.  Coach Padgett has been hired as the new Math Teacher at Wy’east Middle School in Odell, Oregon.

At the University, Coach Padgett played football for Harvey Mudd College in Claremont, California from 2000-2004 where he played defensive back and wide receiver.  He majored in math while earning his Bachelors of Science. Later , in 2014-15, he earned his Masters in Education with a focus in Math Education at the Western Governors University in Salt Lake City, Utah.

Joshua is an educator who has taught math at the high school and middle school level since 2010.  He first taught at Astoria High School in Oregon, then Goldendale High School for several years and most recently since 2017 he has been the math teacher for Lyle High/Middle School in Washington.

We look forward to Coach Padgett bringing his passion and love of the game on to the field every day and use it to help build skills our players utilize on and off the field. 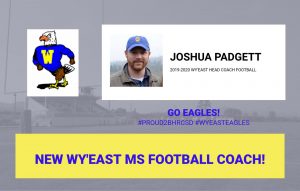 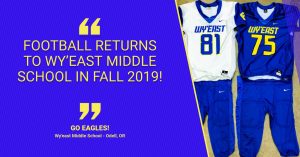