This year, HRVHS Speech and Debate is competing virtually. Even in quarantine, there is a way to be heard! Students from HRVHS are welcome to join throughout the year! The whole team is working hard to keep competing, despite complications of virtual meetings and tournaments. Special thanks to Team Captains Kaelen Kenna andJacob Kaplan, as well as members Sam Fauth and Sadie Smith for helping new coach Ann McDonald.

The Hood River Valley High School Speech and Debate team began the season by competing at the South Oregon Novice/ Big Questions tournament on 10/17. At their first virtual tournament, the team learned a lot, had fun, and did well.

On October 24th, the group competed in its first whole-team virtual tournament, the South Coast Invitational. Students debated and performed some speech events synchronously (live), while others competed asynchronously (video). Senior Jacob Kaplan qualified for Finals and was awarded 2nd place in Impromptu Speaking. He was also awarded 2nd place in Informative Speaking for his speech on the use of psychedelic drugs in psychotherapy! Overall, the team did a great job representing HRVHS! (One student expressed that the good part of being in online tournaments is that between rounds they can change into a T-shirt, much more comfortable!)

The team’s next competition will be Wilson Invitational, on November 14th. There are Novice and Open divisions.

We meet virtually every Monday and Thursday from 3:30-5. For more information, contact ann.mcdonald@hoodriver.k12.or.us 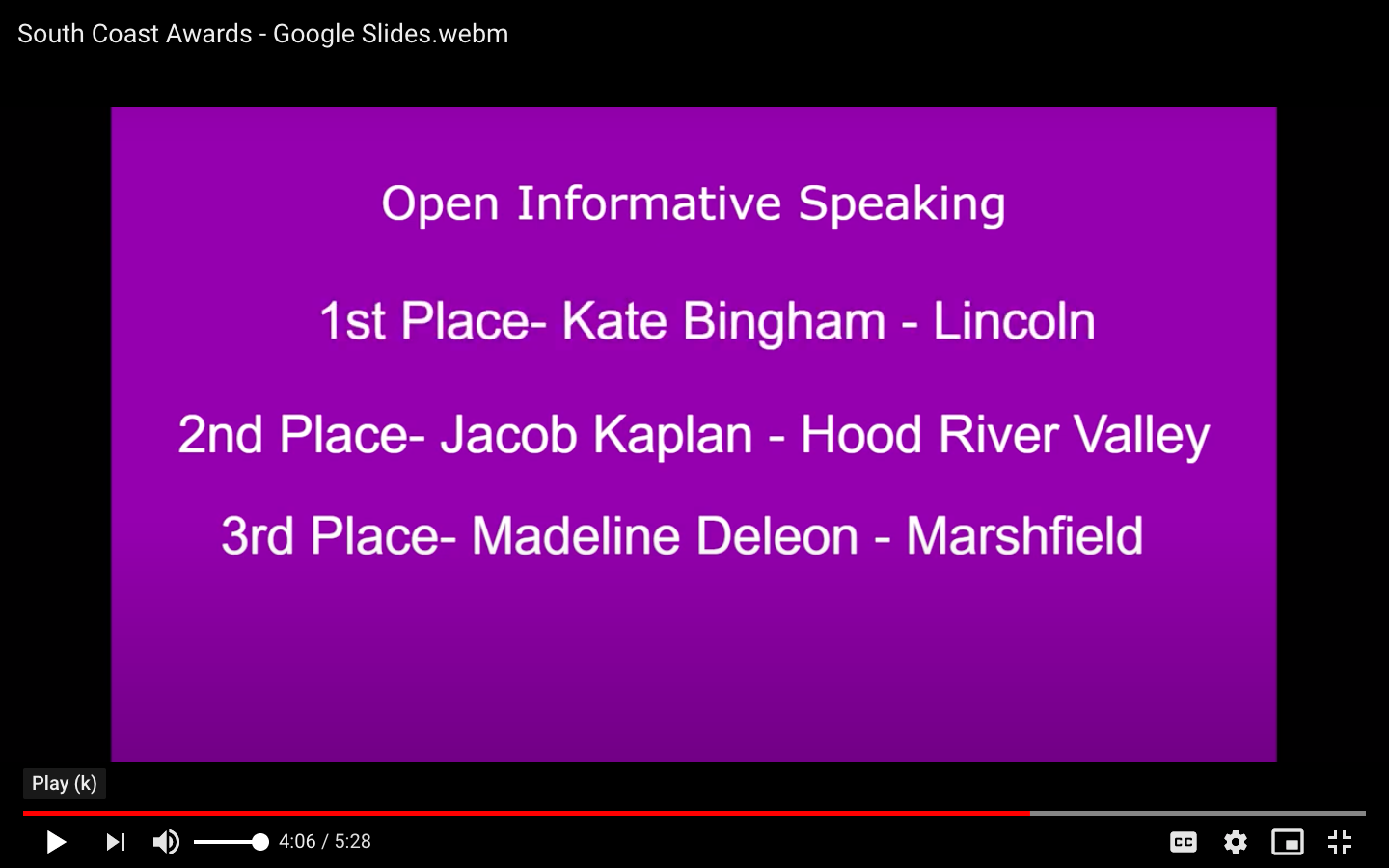 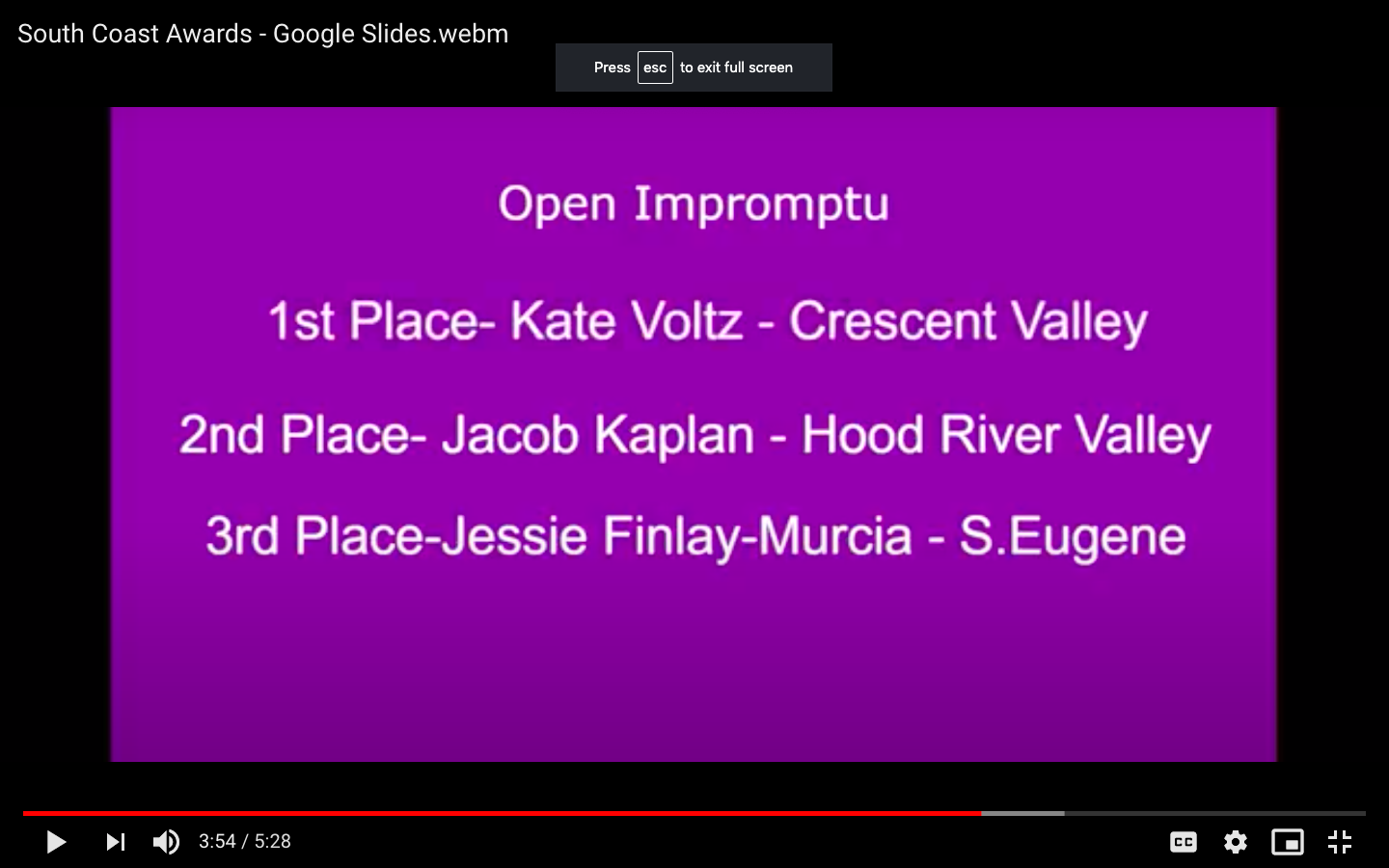 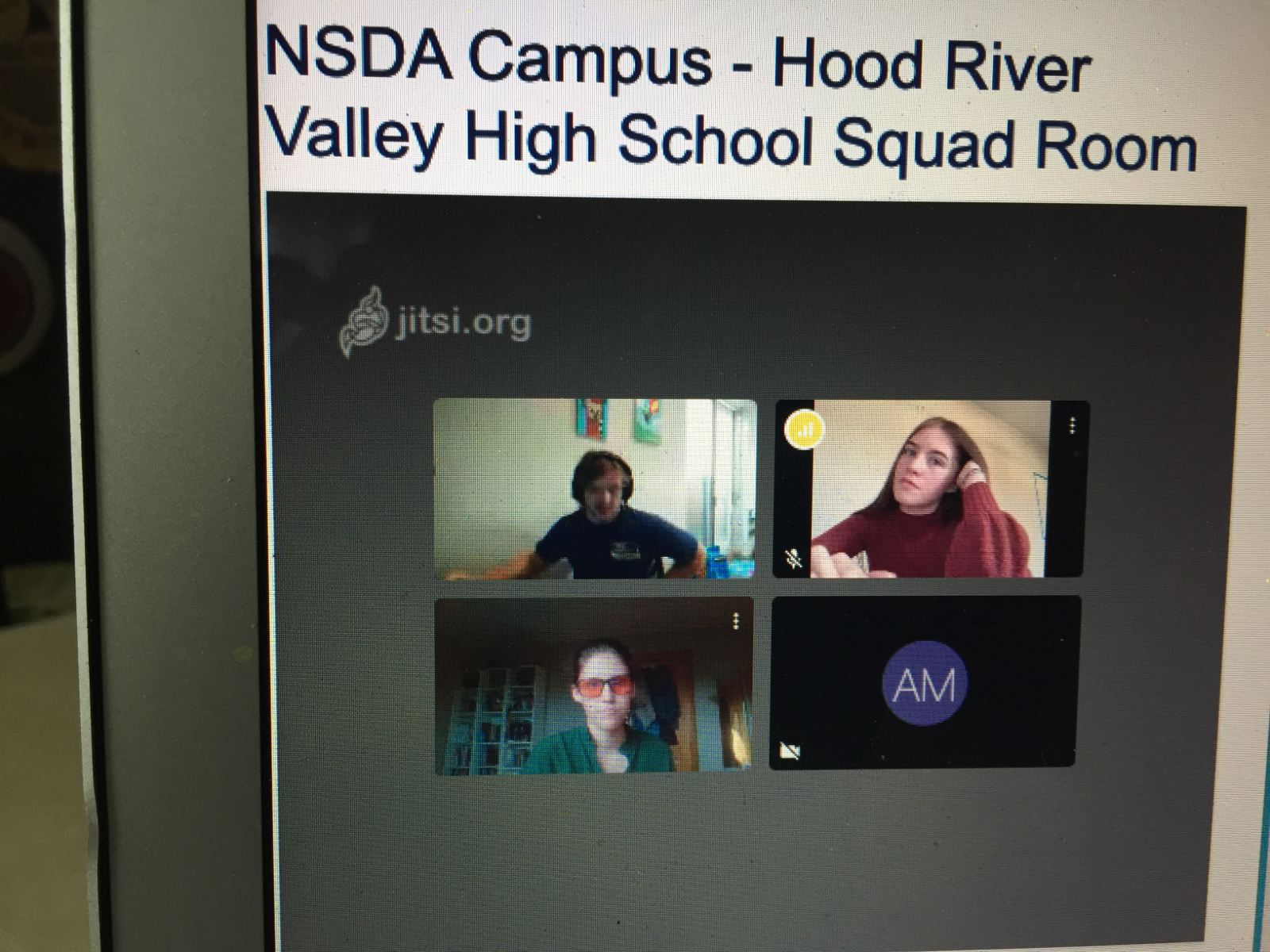