December 4th and 5th,  HRVHS Speech and Debate Team competed at the Virtual Holiday Edge Cleveland/Clackamas Tournament. There were 46 schools from around the state attending, 583 entries.

In Junior SPAR the EAGLES dominated. 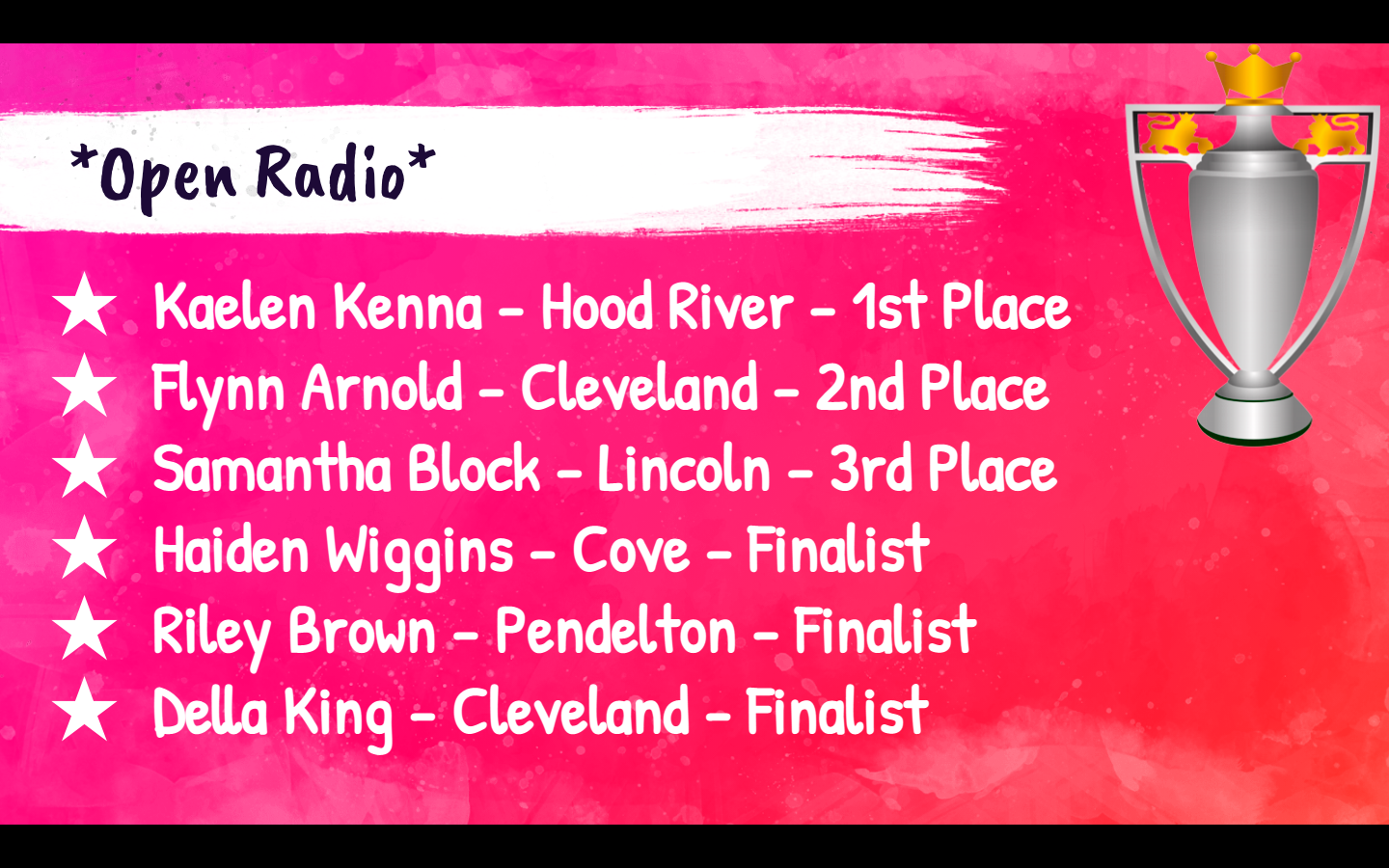 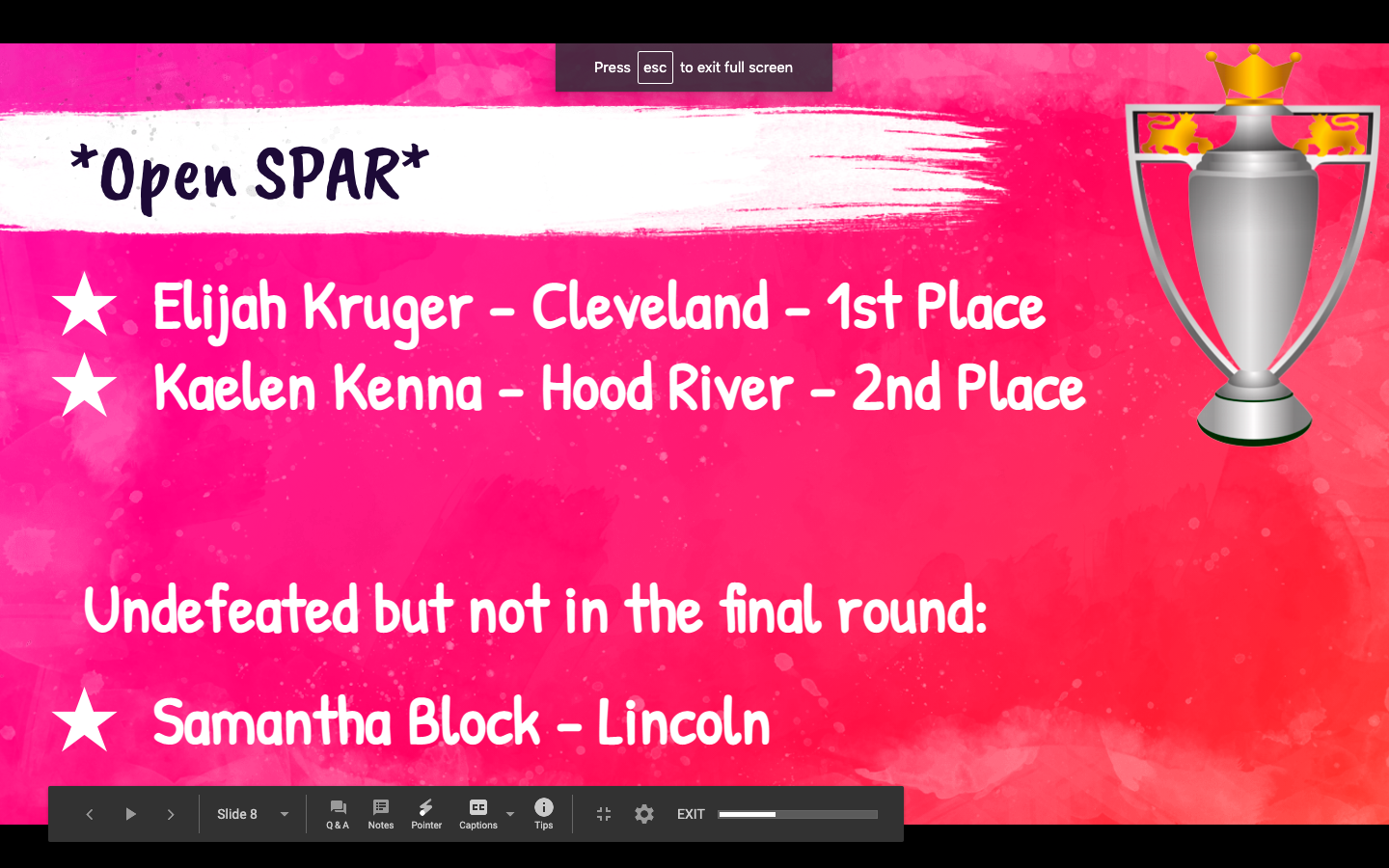 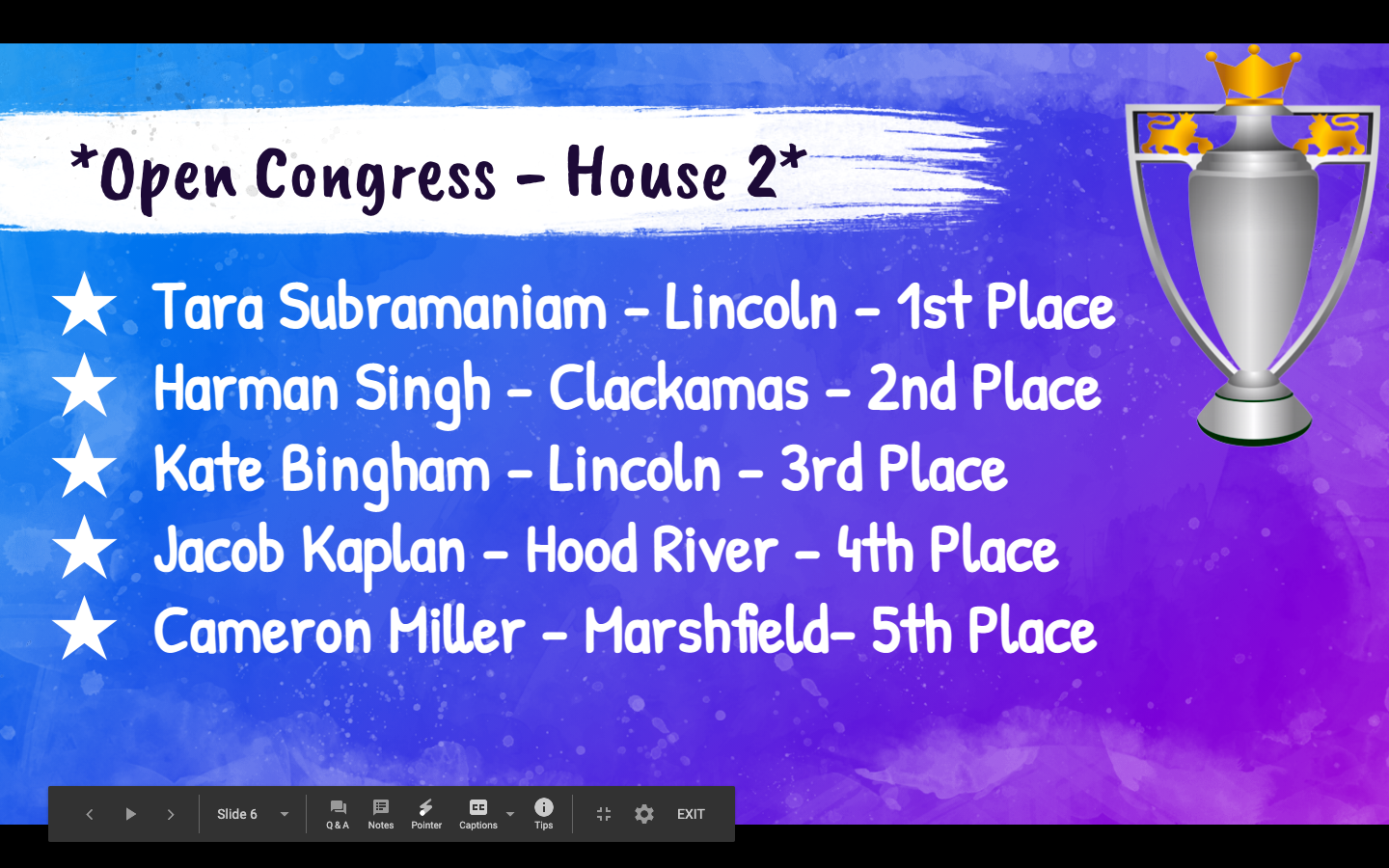 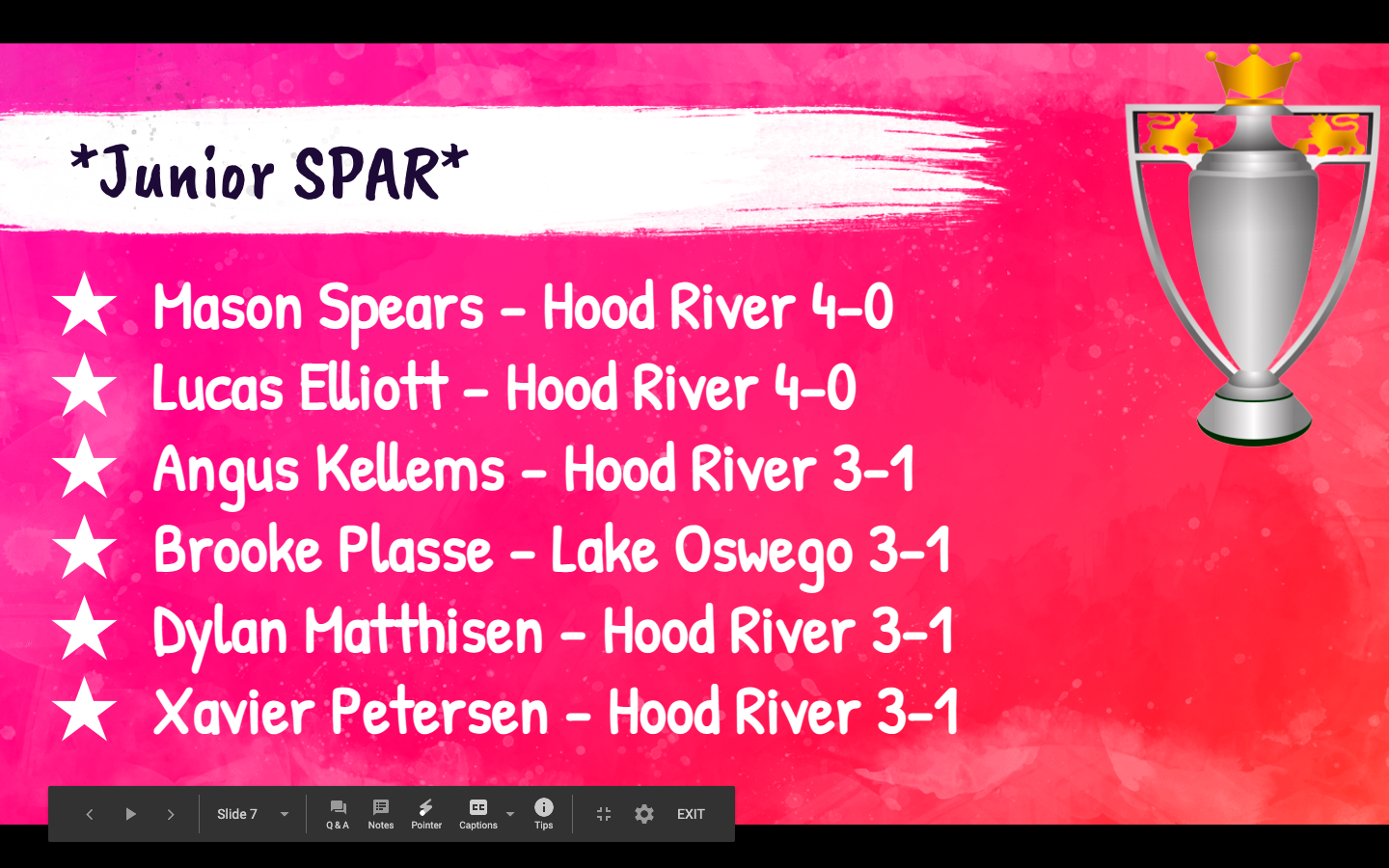 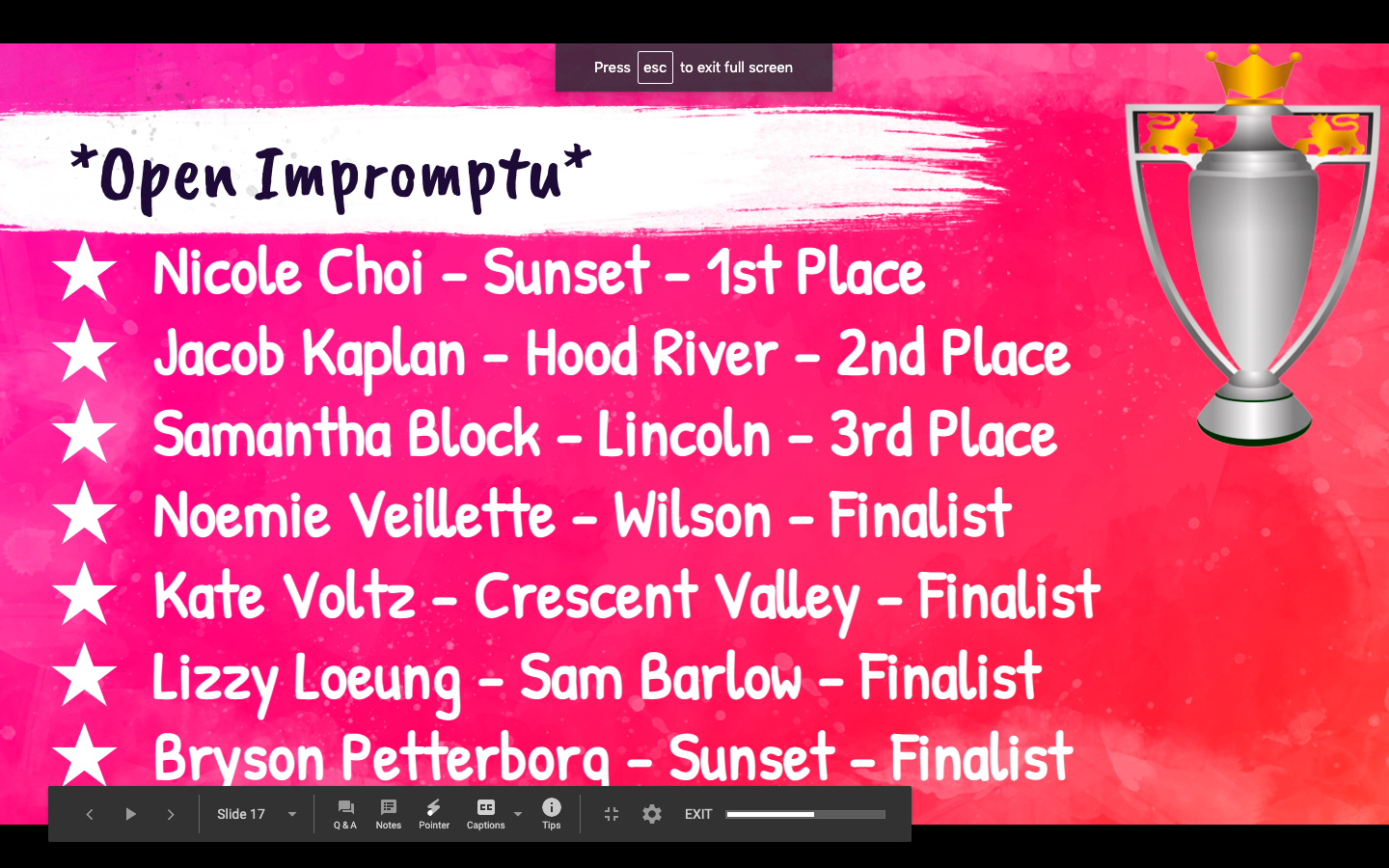 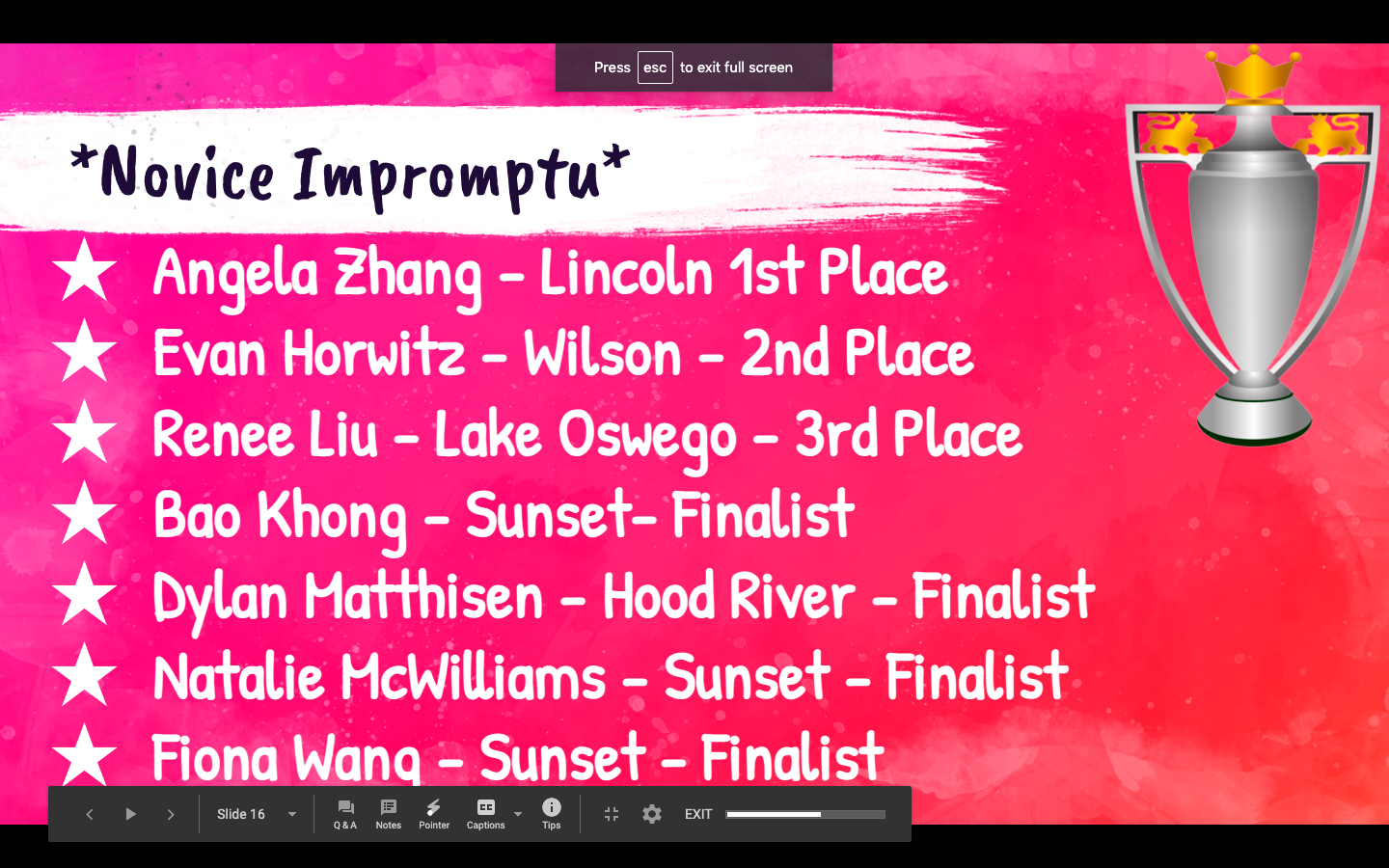